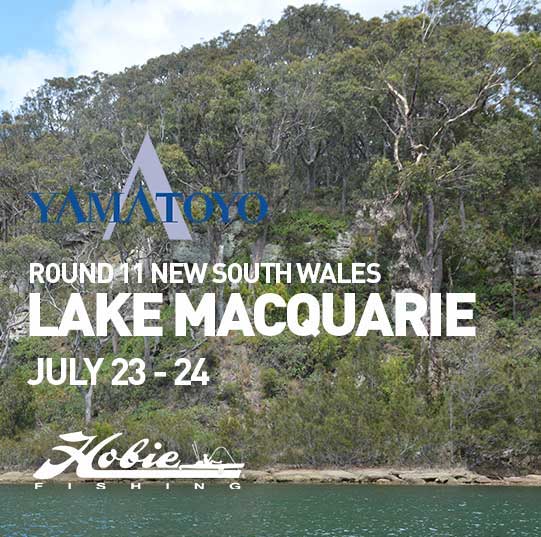 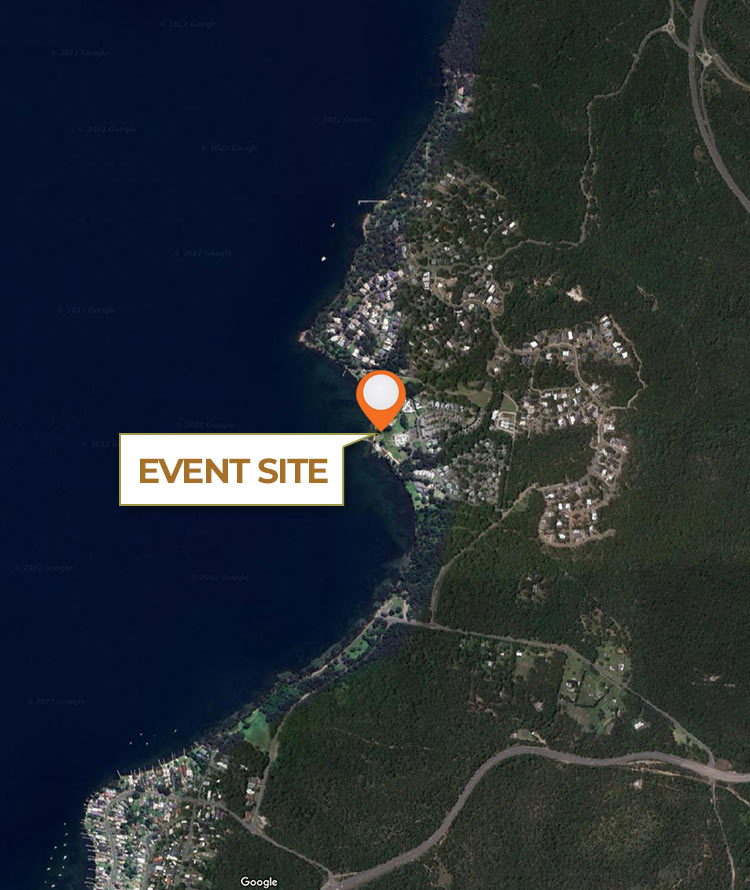 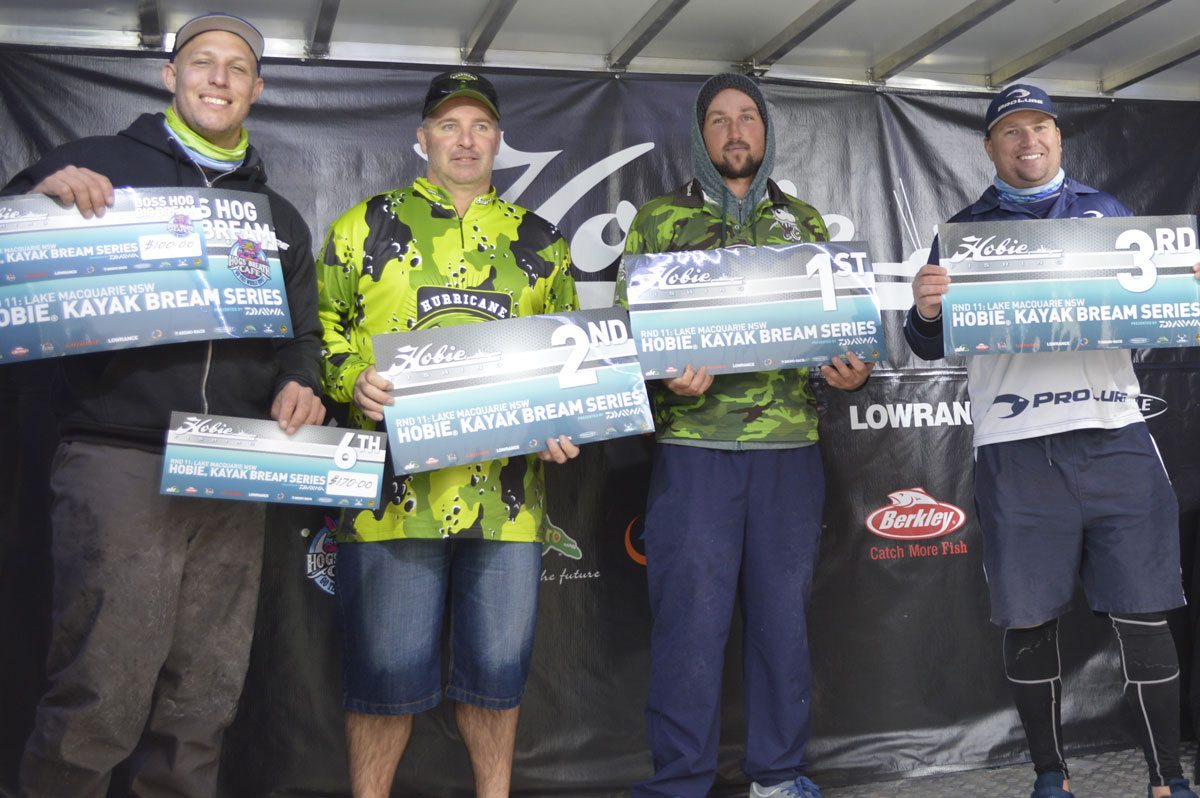 On the weekend of the 23rd and 24th of July 53 Anglers from New South Wales, the ACT, Queensland and Victoria all descended on the Yamatoyo Event Arena at Rafferty’s Resort in Lake Macquarie to take part in Round 11 of the 2016 Hobie® Kayak Bream Series presented by Daiwa.

After forecasts of winds over 50kph, the competition was reduced to a one day event in the interest of safety and the wellbeing of the competing anglers. It was a difficult call but it was the right decision as the predicted winds howled across the lake from the WNW in early morning peaking at 52kph by midday.

With the winds having mostly blown themselves out on Saturday, day two brought considerably better conditions. Early morning clear blue skies, frosty temperatures ranging from 8-12°C and a relatively light breeze blew in at 16-20kph. The 53 hopeful anglers pedaled off from the Power-Pole starting line on Sunday morning charged and ready to make up for the missed day of competition.

After a solid day’s work, fishing on Lake Macquarie, bags were removed from the Berkley Bump Tub and taken to the scales for the weigh-in. With an impressive performance on a day when anglers needed to muster every ounce of skill in their kit, Nathan Cliff from New South Wales snared the major prize of $1490 and a hefty sponsor prize pack with his 4 Bream bag weighing 2.72kg. Second place went to Tony Pettie with 4 Bream for 2.52kg and Michael Halliday from Queensland took the final place on the podium with 4 for 2.23kg.

The tournament winner Nathan Cliff gave a brief outline of how his day on Lake Macquarie won him the top prize money in the tournament.

“I just started out shallow cranking along a shore line of Crangan Bay, south of Cams Wharf. I was focusing on the windblown shores and found a patch of fish, so I just stayed there. I lost my go to lure to a flathead, so I switched out to another lure with purple in it, and then later to a black Pro Lure. This was my second Hobie event, I fished one about a year ago at St Georges Basin and didn’t do too well, so it was really good to do well here”.

Tony Pettie from Victoria netted a full bag of Bream with an accumulated weight of 2.52kg, which was short of the tournament winner by 200g but gave him a lead of 290g over third place finisher Michael Halliday from Queensland.

Pettie was asked how he felt after taking out second position in the tournament.

“The last time I was up here and fished Lake Mac was in the Australian Championship late last year. I only caught one fish then, so to get a full bag and to take out second place is an amazing improvement on that. It was worth the long drive up”. 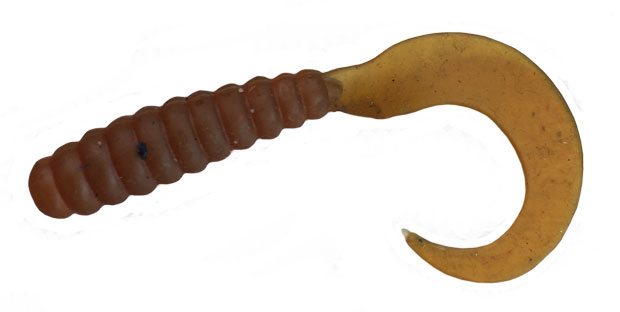 Finally, The Mortgage Corp Monster Mover, picnic hamper and backpack, went to Chesney Fung from Victoria. Normally given to the angler who moves the most places up the leaderboard on the second day of a two-day competition, as the tournament was shortened due to wind, the prize was handed to Fung for moving himself the furthest distance to fish the event.

Coming up in August

The Re-scheduled Rhino-Rack Round will be held at the Gold Coast on Sunday the 7th of August followed by the “round of the year” at Wallis Lake in NSW on August 27-28.

The Hogs Breath Café round 12 is the final qualifying event, in the selection of the Australian team for the Hobie Fishing World Championship in Louisiana in the USA this December. If you hope to upgrade your current point score or lock in your necessary third qualifying round, you’ve got to be there! It’s going to be massive!

Like all of the events in the Hobie Kayak Fishing Series`, this round could not have gone ahead without the great support of our generous sponsors Daiwa, Berkley, Atomic, Lowrance, Rhino-Rack, Strike Pro, TT Lures, Yamatoyo, Ecogear, Power-Pole, Hog’s Breath Café, Mortgage Corp and ABT. Thanks also to Hunter Water Sports for providing dealer support for the tournament.