Monday 10th June up to and including Thursday 20th June. 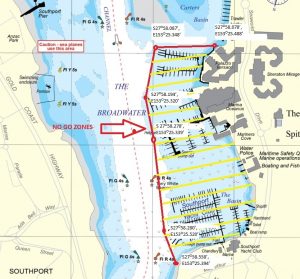 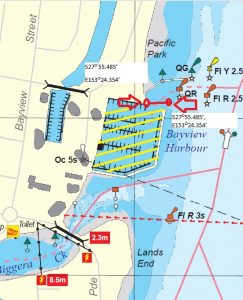 On July 22-23 a Queensland record of 82 anglers competed in Tackle Tactics Round 7 of Hobie Kayak Bream Series 11 on the Gold Coast.

Anglers from New South Wales (NSW), Victoria (Vic), the Australian Capital Territory (ACT), South Australia (SA) and Queensland (Qld), were competing for cash and prizes, chasing a three fish bag of Yellowfin Bream on each of the two competition days.

On the first day of the tournament 140 legal bream were brought back to the Broadwater event site in angler’s Hobie Live wells. The total fish weight for the day was 65.10kg with the average fish weighing 465g. Leading the field at the close of the session was Tyson Hayes (Qld) on 2.09kg, in second place was Stephen Maas (Qld) on 1.87kg, and in third position was Steven Crawley (Qld) on 1.67kg. Competition was tight with the spread between 1st down to 30th place just 860g.

There was a solid breeze throughout much of day one, with it dropping off a few knots on day two, with sunny conditions making it an excellent weekend on the water in most locations on the arena. Day 2 saw 135 legal fish brought back to the scales weighing 65.65kg at an average of 479g. Over the two days 275 fish were weighed with a total weight of 129.75kg at an average of 470g, a weight that is expected to increase slightly as the fish move further down to the front of the system, closer to spawning time around mid-July, when the world championship will take place at the same location.

SUNSHINE THROUGH THE HAYES

Australia representative for the upcoming Hobie Fishing Worlds 8, and day one leader, Tyson Hayes (Qld), backed up his day one bag of 2.09kg with another 1.62kg on day two to take the tournament win bagging $2330. Hayes had the following thoughts on his successful weekend.

“I had the same strategy over the two days of competition, I just fished different spots and pedalled until I couldn’t see anyone else”.

“One day one I went right up the Nerang (River), further than anyone else, and I just stayed in the main channel. Today (day 2) I went about a kilometre past the casino and just stayed around that area. I found a lot of the big fish in deeper water, but I needed to make sure I filled my bag today, and I did that in quite shallow water. In the deeper water I was only using a heavy Cranka Crab in olive, nothing else really, and I was using the same on the edges as the current moving so fast. I caught my fish in the last two hours today, which was probably a couple of hours later than yesterday”.

“At the moment, the water up there in the Nerang is a bit brackish, it’s sort of a coffee colour with a lot of fresh water coming in from storm water pipes. It depends on how far you go really, there are a lot of clear patches up there too”.

Sitting way down the leader board in seventeenth place at close of day one was Kane Terry from Bulli in (NSW). But he came good early on day two and made a massive move up the standings to to finish the tournament in second place. His lucrative leap in the Tackle Tactics round, netted him a sweet $1210 for his day one bag of 1.44kg, which he followed up with the biggest single day bag of the tournament with 2.22kg on day two. His two-day total of 3.66kg was just 50g behind the winner. Terry’s persistence to fish the same reef, located to the north of the event site, for the whole weekend, paid off handsomely for the New South Welshman.

Terry stuck with the same lure, the olive Cranka Crab for the whole tournament. He was using the heavier type, and on day two he found they were being hit within seconds of the crab touching the bottom, particularly early in the session.

“It was a tough day yesterday (day one), I was pulling one in about every hour, and they were all small fish. Today (day two) when we got to the reef, straight from the start, as soon as the lure touched the bottom it was on. Surprisingly, today they were all much, larger fish than yesterday, which was really good”.

The Mortgage Corp Monster Mover prize went to Alex Whitehead (SA), he had .68kg on day one and bagged 1.89kg on day two finishing in 26th position. The $100 Atomic Big Bream prize for the biggest fish of the open division was caught by second place getter Kane Terry (NSW), his big Yellowfin Bream weighed in at 900g.

The Women’s Division was taken out by Justine Tominey (NSW) with 430g, the Master’s went to Lex Forbes (Vic) on 460g, and the Grand Masters was won by Tom McLean (NSW) with 2.46kg. The best of the First Time Competitors was Gareth Rendell-Goodhew who fished magnificently for 3.35kg.

Thanks to the anglers who helped during the weigh-ins on both days of competition, and to Sunstate Hobie and ABT for their assistance over the weekend. The team would also like to thank the couple of anglers who helped with the pack up on Sunday afternoon.