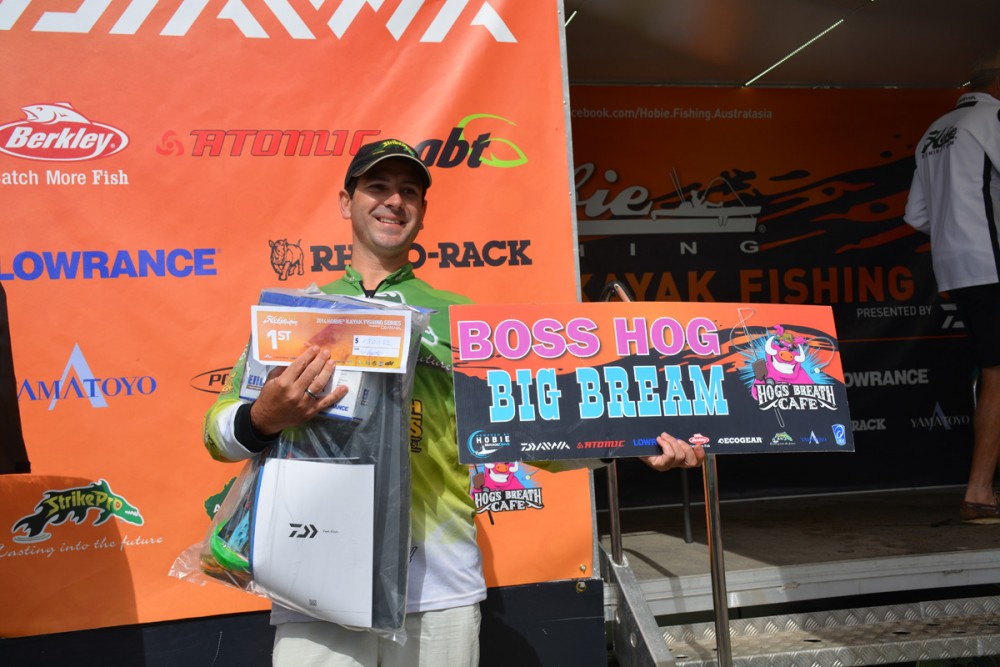 A black out in Marlo at the end of day one and an ominous forecast for storms and winds in excess of 30 knots may have affected the decision making of some of the round 3 anglers as they made plans for how they were going to fish today.

Large numbers headed to Lake Corringle early with many filling their bags with smaller bream and spending the rest of the day on the hunt for upgrades in what turned out to be a beautiful day of 22º with winds remaining virtually non existent until mid afternoon.

Jonathan Chen showed why he’s becoming one of Australia’s top Bream Anglers temporarily holding the lead today with the largest bag weighing 3.27 kgs and total weight of 5.81 kgs for the two days.

The small Pontoon 21 Greedy Guts used on day one, had the bream smashing it from the minute it hit the water and saw him take 5th place. Moving to a larger profile lure today paid dividends and saw him move to 2nd place with the bigger fish jumping on it as seen by his 3+kg Bag.

Day one leader Patrick McQuarrie, started the day with a healthy 1.19kg lead thanks to his Hog’s Breath Cafe, Boss Hog Big Bream winning monster weighing 1.67 kgs, which gave him some breathing space between the rest of the field.

Confident that he’d cracked the pattern at Bemm River in Round 2 of the series, Patrick had the black bream consistently hitting the plastics on the drop yesterday. After briefly switching to hard bodies today, he reverted back to plastics and his trusted pattern of a double hop retrieve using a DOA curl tail grub in bloodworm to upgrade his bag today.

Both anglers have become the first Australians to qualify for a place in the 4th Hobie Fishing World Championships to be held later this year in Europe.