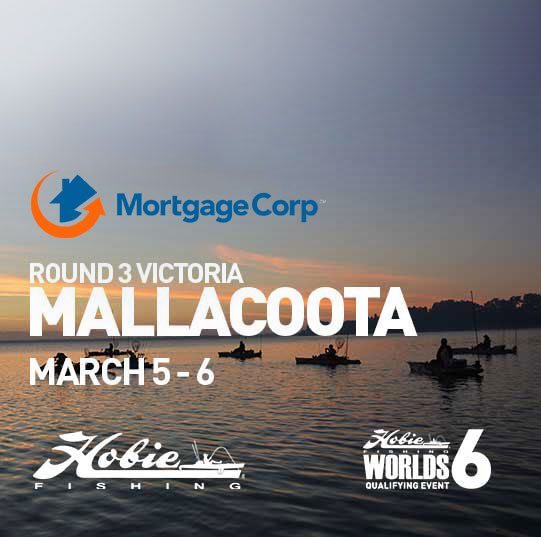 Qualifying Round For The 6th Hobie Fishing World Championship. 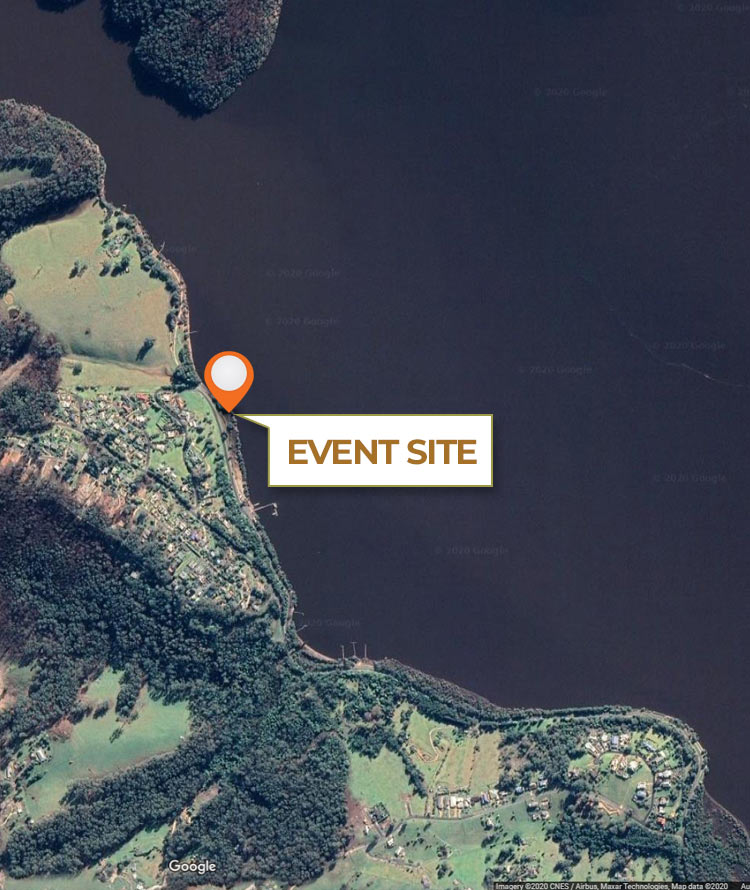 Day One On The Water

March 5 and 6 saw 93 kayak anglers from New South Wales, the Australian Capital Territory, Victoria and South Australia hit the legendary fishing town of Mallacoota in Victoria’s East for what was to be an exceptional weekend’s fishing.

The Mortgage Corp, Round 3, of the Hobie Kayak Bream Series delivered the goods. A massive 134 full bags of three bream. A total of 458 fish with a combined weight of 307.42kg were brought to the scales over the weekend.

While anglers were looking for the round win, they were also chasing a spot in the Australian Championship as well as qualifying points towards the 6th Hobie Fishing World Championship to be held later this year.

On both days, anglers headed off from the Power-Pole Start Line, splitting up with half the field heading for Top Lake & The Narrows and the other half opting for Bottom Lake and the flats leading to it.

On Day 1, Tony Pettie from Traralgon in Victoria sat at the top of the Lowrance Leaderboard with a solid 3 bream bag weighing 3.01kg, as well as, leading the Boss Hog that weighed 1.15kg. At the close of weigh in, there was less than 500g separating the top 13 and only 750g separating the top 20. Coming in to day two it was still anyone’s prize for the taking.

Ultimately it was Carl Dubois from Sydney who scooped the top prize with 6 Bream for a total weight of 5.47kg. Tony Pettie held on to second place with 6 for 5.44kg and third place went to Josh Kilmas from Victoria with 6 for 5.20kg.

Dubois pushed through from second place on day one to take the title, scoring himself a sponsors prize pack, a $2,590.00 pay cheque and 100 points towards qualifying for the 6th Hobie Fishing World Championships for his weekend’s work. Dubois also took out the Hog’s Breath Cafe, Boss Hog Big Bream award with his 1.20kg bag kicker on day two, adding another $100.00 to his prize tally.

It was Neck and Neck but Dubois Came Out on Top.

When asked about his tournament Dubois said…
“I loved it! This is my first time here and I’ve heard so many good reports about the location. It was awesome that this year everything fell into place and I could come down and fish it. I’ve had a great comp! “

“Pre-fish was a fairly average day, I only got about 6 legals but the actual competition days were just great! I got my bag nice and early and caught about 10 or 11 legals each day.”

“My plan was to get to the flats for the early bite while the light was still low, I thought they’d be on the flat and they were. Using 2.5” Z-Man GrubZ in bloodworm I had my bag within 20 minutes each day. I just wanted to lock in my bag early and search for the bigger ones later.”

“The big fish all came from about 2.1m depth on a Gladiator purple and black Shiver Vibe. The rest of my bag came from over the flats in around 1.5m on an Evergreen Tiny Predator, they look a bit like an OSP Dunk with a green back and a cream belly.”

“On day 2 the bream were going after the Shiver Vibe and it seemed like they went after a bit more noise so I put on the Jackal Chubby Vibe in Purple and Black and I think that bit of extra noise was what they wanted and they just zeroed in on it and that’s what I got the big fish on today.”

Winning Ways
“With the Tiny Predator I was going for long casts and cranking it down quick to get it deep to the bottom and then used a slow roll to keep it digging into the bottom. With the vibes I was using subtle, little, lifts only 4-5” and keeping the slow roll going as well.”

This is Dubois’ second Worlds qualifying round after fishing Bemm River in January, with another 100 points towards his qualifying score Dubois is sitting on 159 points with the Forster round still on his calendar, there’s still plenty of work to do to claim a spot for Worlds. “I’d love to qualify for Worlds. I don’t know where it is but if I get in I’m going!!!”

Tony Pettie Takes it to the Wire

The winner of last year’s Mallacoota round, Tony Pettie came extremely close to a repeat performance for 2016 and took it all the way to the wire following up his impressive day one bag of 3.01kg with another 2.44 kg on day two that eventually landed him in second place.

Tony had a great weekend on the water from pre-fish through to the final results.

“I started off on pre-fish and went to Goodwin Sands and found some fish, so I marked them up and moved on to Tea Tree Point. I found fish there and then went around towards Howe Bight, I couldn’t scratch a fish there so I struck a plan to go to “The Sands” first up on day one and it paid off.”

“On day two, I wanted to mirror my day one plan so I went to “The Sands” again but there were no fish there. I managed to get a couple of small ones but it struck me it was going to be tough.”

“I went behind “The Sands” to where I’d fished in last year’s competition. I got three fish there and upgraded a couple of times, then from 11:30 that was it, only small ones from there.”

“I was in the second group to return for weigh-in and as I was coming in I could hear what Carl had weighed in and I knew there was only 40-50 grams in it and it was going to be close. I was actually speed fishing for the last 10 minutes to try and get another upgrade out the front but unfortunately it didn’t happen, but it was still an awesome comp. Congratulations to Carl on a great Result.” 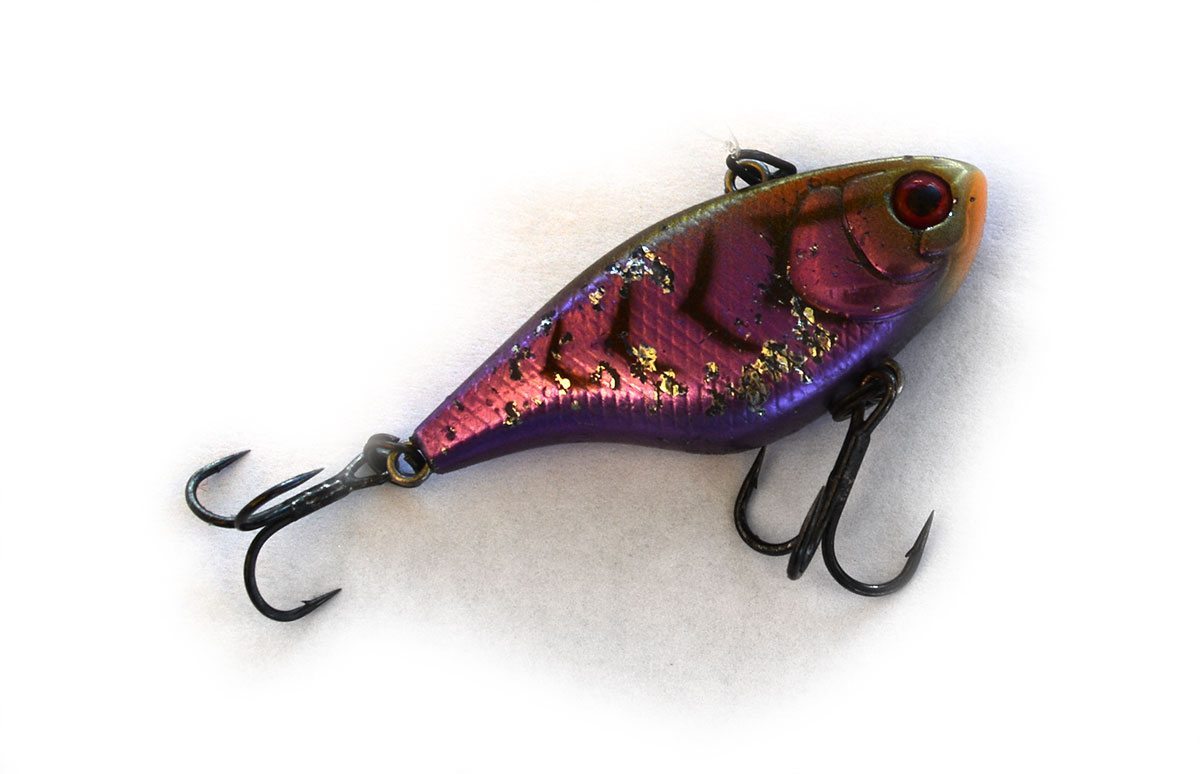 Round winner, Carl Dubois pigged out and weighed in the tournament’s biggest fish, a 1.20kg bream, taking another $100.00 home for his efforts with the Hog’s Breath Cafe Boss Hog Big Bream cheque. He caught the Boss Hog on day 2 of the tournament using a Jackal Chubby Vibe in Purple and Black.

This year, Hobie has introduced divisions to the series as an exciting way to encourage new anglers to try their hand at tournament kayak fishing. All anglers compete in the general open category but there are also Youth (16-21), Women’s, Masters (60-64) and Grand Masters (65+) divisions which provide another layer of incentive to anglers. Division winners take home sponsor prize packs.

Stephen Pryke from Victoria took out the Youth Division with 6 for 4.45kg.
Tracey Wright from New South Wales landed the Women’s Division with a 3.08kg bag. Masters Division winner Gary Hanson from Victoria scooped the top spot in his class with 6 for 4.35 and the Grand Masters Division went to long time competitor Brian Rutledge from New South Wales who landed the biggest bag on day two and third biggest bag of the competition with 2.84kg giving him a total weight of 4.42kg for 6 bream.

The Mortgage Corp Monster Mover for Round 3 went to Alan Osbourne who improved his day one score by 1.8kg and took home a Mortgage Corp picnic pack for his efforts.

As with all of the events in the Hobie Kayak Fishing Series, this round could not have gone ahead without the generous support of our series sponsors Daiwa, Berkley, Atomic, Lowrance, Rhino-Rack, Strike Pro, TT Lures, Power-Pole, Mortgage Corp, Hog’s Breath Cafe and ABT.

Thanks also to Leaf and Vicki from Compleat Angler in Merimbula for providing Hobie dealer support.

Mallacoota delivers the goods on day one!

The Mortgage Corp Mallacoota Round of the Hobie Kayak Bream Series kicked off with another massive starting line today as 93 anglers took to the water in sensational, if a little warm, conditions.

The bream were firing early as the field split off the start line heading to the top and bottom lakes. There were numerous reports of anglers catching their limit of 3 bream as early as 8:00am and full bags were commonplace as 68 of the 93 field returned to the weigh-in with three bream.

In the divisions, Gary Hanson from Victoria leads the masters with 3 bream for 1.81kg, Amy Barrie from New South Wales is leading the women with 3 for 1.76kg and Steven Pryke from Victoria is currently in the top spot for youth with 3 for 2.18kg

Only 500 grams separates the top 5 and only 1kg separating the top 35, it’s going to be an interesting day tomorrow. Temperature’s for the day should hover in the mid to high twenties making it another hot one on the water. Hopefully the wind will pick up delivering some relief and switching on the bight for another big day!