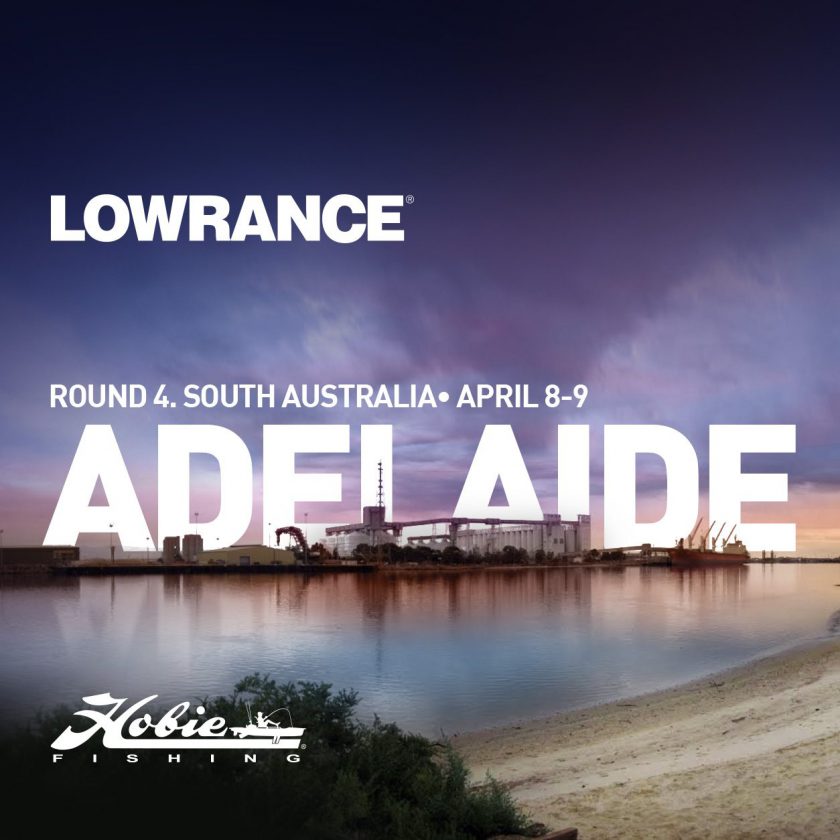 Monday 27th March up to and including Thursday 6th April.

Unfortunately the second day of competition in Lowrance Round 4 of Hobie Kayak Bream Series 9 was cancelled due to dangerous wind conditions in the Port River shipping channel. While the tournament director Steve Fields found it difficult to make the decision, he did so in the interests of the safety of the anglers.

Congratulations to the winner Alex Whitehead from South Australia, David Ayton from Victoria for coming second and Simon Morley from New South Wales for taking out third place. Alex Whitehead also took out the $100 Atomic Big Bream prize. Thank you to all of the interstate anglers who travelled so far to support the series. See you at Clyde River in New South Wales.

Lowrance round 4, the fourth tournament of Hobie Kayak Bream Series 9 presented by Daiwa, got underway this morning on the Port River in Adelaide, South Australia. Surrounded by huge cargo ships, crane loaders, wharfs and pylons, anglers from South Australia (SA), Victoria (VIC), New South Wales (NSW) and the Australian Capital Territory (ACT), pedalled off from the Power-Pole Starting line, in the main shipping channel out to St Vincent Gulf, in search of the early morning bite, in what looked like excellent conditions.

A number of anglers reported that pre-fish day, on Friday, had been a struggle with salmon the more interested species in their presentations, but many had the occasional strike from legal sized bream. Today with clear skies and a light breeze across the Pro Lure Arena a lot of the anglers, in day one of competition, found the bite to be similar to yesterday. Salmon were common and willing to take lures anywhere and everywhere, but it was difficult to attract the bite from the target species, bream. Other anglers, after a similar struggle, finally worked out the right pattern to bring back fish to the Strike Pro Weigh-In and are now sitting in the top positions, but still vulnerable to anglers bringing back good bags on day two.

Day one overall leader and current Atomic Big Bream leader is South Australian, Alex Whitehead with his bag weighing in at 0.81kg. Holding second place is David Ayton from VIC with 0.55kg and in third place, is Simon Morley from Bulli in New South Wales with 0.53kg.

Tomorrow anglers will be chasing a 3 fish bag, and with the weather conditions set to change, with a front passing through and winds picking up to around 20 knots from the SSW, all anglers, from the top to the bottom of the Rhino-Rack Leader Board, are in for a chance leap up and take out the win on day two, in this, the fourth round of Australia’s national kayak series.

In the morning anglers once again register at 6:00am for a 6:30am briefing and a 7am start. At 2:30 there will be a live stream broadcast of the weigh-in and presentation on the Hobie Fishing Australasia Facebook page and simultaneously on hobiefishing.com.au. At around 3:30pm we will know the winner of Lowrance round 4 of Hobie Kayak Bream Series 9.