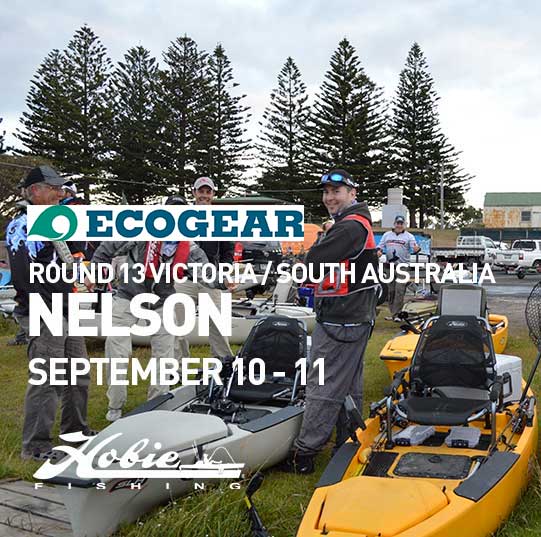 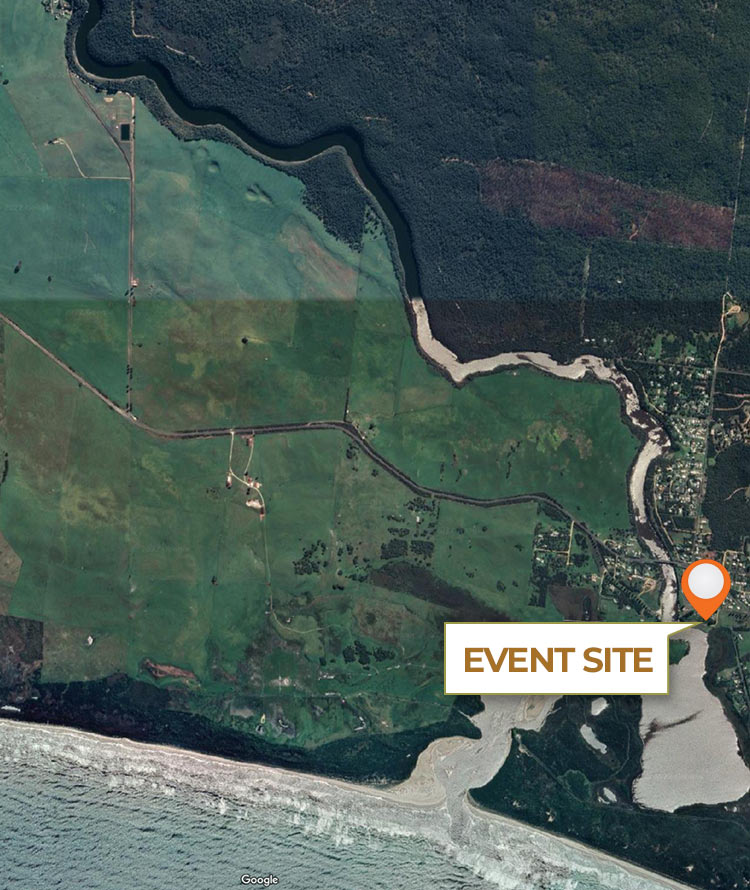 Day Two on the water

Anglers faced a number of challenges this weekend in the Ecogear round of the Hobie® Kayak Bream Series at Nelson, Victoria. This event was always going to be a challenge to the anglers because of the unseasonal forecasted rain in this area. Upon arriving in Nelson the colour of the water wasn’t bad considering the heavy rain over the past weeks. Further rain was predicted for the pre-fish and during the competition days within the Glenelg River catchment. This newly added rain caused the Glenelg River to go from a flood watch on Saturday to a Major flood warning issued late on Sunday morning after the tournament day had started. The increasing amount of fresh water in the system and the lack of salt water made fishing more challenging as the tournament commenced. Twenty one anglers caught fish on Saturday and only sixteen weighed fish on Sunday which was testament to the deteriorating conditions during the event. Both Bream and Estuary perch were holding up in the deeper channels and holes where the sounders were showing a definite line where the fresh water finished and the salt started. Most of the fish were caught south from Nelson main boat ramp through to the heads. In particular to the south and west of Oxbow lake.

Ben Phayer from Victoria took out the top podium spot with his 6/6 bag at 3.84kg. Ben used his Power-pole shallow water anchor to hold his position and allow him to cast into the deeper channels close to the entrance of the river. Corey Gallagher from Victoria held on to his day one second place position with his 5/6 Bream bag for 3.60kg. Corey concentrated on the main channels to the south of Oxbow Lake, casting up on to the shallow edges from a deep water position. Day one leader Nathan Perzioso also from Victoria took out third place as well as the youth division with his 5/6 bag for 3.10kg

“Both days I was throwing Strike Pro Hummer vibe and worked it up the bank. I used the Hummer Vibe in the new Purple Colour and the Strike Pro Cyber Crank Deep. Both lures had purple in them so it seemed that purple was the one colour that was working”. Corey Gallagher

“Basically I threw Astro Vibes all weekend. I threw them because they were the heaviest thing I had so I wanted them to get down quick and sit on the bottom. I would give them small little hops and drag it along the bottom.

During the Hobie Bream series this year we have introduced a number of new divisions. The division winners from this round were Nathan Prezioso taking out the youth division (under 21 years old) with his 3.10 kg, Garry Hanson took out the Masters Division (60 – 64 years old) with his 1.52 kg bag and Kurt Warmington won the First Time Entry division with his two fish bag weighing .99 kg. The Hogs Breath Café Boss Hog Big Bream was won by Jon Clisby with his respectable 1.12 kg bream.

Day one of the Ecogear round of the Hobie® Fishing Bream Series finished up with mixed results as some anglers, not all struggled with the waterway after some minor flooding. Those anglers that did get fish got some crackers with Jon Clisby from Victoria weighing in the Hogs Breath Café, BOSS HOG BREAM at 1.12 kgs. While Jon only weighed in two fish from a three fish bag limit, his two fish still lands him in third place with a 2.06 bag. In second place, Corey Gallagher also …from Victoria with 3/3 for 2.13 kgs and at the top of the leader board is Nathan Prezioso with 3/3 and a bag weight of 2.2 kgs. Nathan is also in the running for the youth division (under 21). The weather forecasts for Sunday is looking good with winds easing and a better tide window for anglers to catch fish that seem to be pushing in with the tide and saltier water as well as the easing of the flood current going out. The last thirty minutes today rewarded a good number of anglers and helped them fill the required bag limit (three fish) while other made good upgrades. Our prediction is that like today, most of the field will head down to the mouth of the system chasing better water conditions (more salt) due to the flood conditions which is present at the moment. The anglers meeting is at 6:30 AEST Sunday morning with the final weigh in starting at 2:30 AEST. Right now, anyone in the 15 we feel have a chance to take home the Ecogear round of the series.