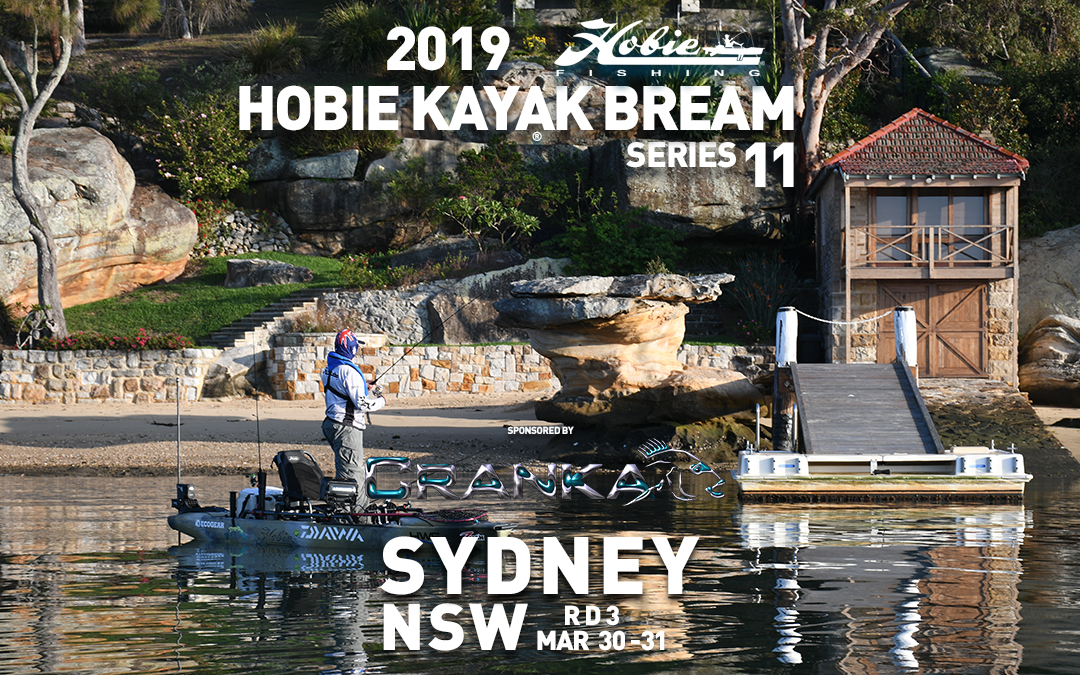 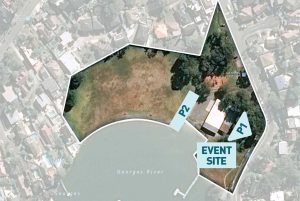 Due to council permit limitations and community concerns, we kindly ask that your consider your impact upon the wider community when participating in this round. Please keep noise/music to a minimum and use parking lights (not full headlights) in the mornings.

Our council permit requires all vehicles entering and departing from P1 and P2 parks must be escorted, not exceed walking pace (10km/h), and have hazard lights on.

Your cooperation with the above requests will see Hobie Kayak competitions welcomed again into the Sydney CBD well into the future.

The pre-fish ban, for this event only, has been modified due to ABT Bream event occurring Mar 23-24. The pre-fish ban for the Cranka Lures Round 3. Sydney, NSW 2019, will begin on Sunday, March 24th at 5pm.

This is a Capped Event

Due to council permit limitations, this round will be limited to 65 entrants. Also, we will not be taking ON THE DAY entrants.

Monday 18 March up to and including Thursday 28th March. 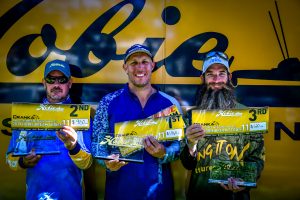 Last weekend the first capped (number of competitors) event, due to council regulations, was contested on the Georges River and Botany Bay in Sydney. 65 competing anglers from New South Wales (NSW), Victoria (Vic), the Australian Capital Territory (ACT), Queensland (Qld), and South Australia (SA), arrived early at the event site on a miserable, wet, and dark Saturday morning for Cranka Round 3 of Hobie Kayak Bream Series 11.

Last year this tournament was won by Chris Purnell from Sanctuary Point in NSW, with 6 fish for 5.05kg, with a total of 292 fish brought to the weigh-in over the two days of that event.

The field in this year’s, catch and release format tournament, pedalled off from the Power-Pole startling line at first light, just before 7am in wet and windy conditions. Earlier on, the tournament director had to make a tough decision, reducing the session time, with the finish now reset at 1:30pm, due to predicted gale force winds, that were likely to blow in around the normal finishing time of 2pm.

The rain fell away just after 8am, the cloud cover remained, and the wind continued to blow. Fortunately, the strength of wind didn’t become threatening until after all anglers were safely back on shore.

A run out tide, through most of the day, assisted anglers to make their way from the starting line, out to the front part of the system, and there was small amount of assistance to bring them back in, at the close of the session on each of the two days of competition.

On day one, the fish at the back end of the system were smaller than those caught at the front, and at the back, when anglers found larger fish, they had difficulty pulling them out of the schools that contained large numbers of hungry, mid-sized bream. Most of the big fish that were weighed, came from the front bridge pylons, the bays and man-made structure on the northern side, towards the front of the arena.

Johny Zaniol (NSW), led the field at the close of the first session. He had fished between both sides of Kogarah Bay, shallow cranking and bringing home 2.90kg. He was also the Atomic Big Bream leader at 1.33kg.

On day two conditions improved with the rain moving out to sea, high cloud persisted, and it was quiet, cool. There was a light breeze when anglers pedalled off as the sun rose, with west to south west winds building and peaking at around 11am at 18kts. Decreasing from then down to around 12 kts by the end of the day.

17 anglers headed up towards Como bridge and the back areas of the system, but a lot more anglers than on day one headed in an easterly direction towards the Tom Uglys’ and the Captain Cook bridge pylons, Kogarah Bay and Woolaware Bay. A small group headed further on to the grass flats near Elephants Truck, where Chris Purnell had won the tournament in series 10.
On day two 146 fish were weighed at 81.07 kg, with a total two-day bag for the tournament of 295 bream at 163.84 kg. Only one angler had reluctantly chewed (choked) on a double donut by the end of the Cranka round.

Luke Kay (NSW) put on an amazing performance on the weekend to take home the Cranka Lures Round 3, of the country’s premier kayak fishing series, with 2.58kg on day one, which he followed up with 3.05kg on day two. Over the two days of the tournament Kay weighed in six fish for 5.63kg, each of his fish averaging an amazing 938g. Kay took home $1840 for his weekend out fishing from his Hobie kayak, which was supplied by Life Aquatic in Mona Vale.

“On day one I threw a ProLure Live Yabbie in pearl green, with a 1/28 jighead, at boat hulls, vertical structure and pontoons. Then I threw the ProLure D36 in violet shrimp, mainly at the flats, rocky edges, and some pontoons as well. I got that big fish yesterday on the D36 throwing at a pontoon. Even though the sun wasn’t up the boat hulls were producing the most fish on day one”.
“The boat hulls produced yesterday, but they were even better today with the sun up. But even though they were better than yesterday I just didn’t spend a lot of time on the hulls today. I spent most of my time on the mud flats at the back of Kogarah Bay. That’s where the big fish came, I got really, lucky there I think, but I’m stoked about it”.

“Today (day two) I had the same game plan as yesterday. The great part about day one was that not many people went in there (Kogarah Bay). I’d only fished about 10 percent of the available structure on the Saturday and I probably only fished another 10 percent of the structure today. So, of that whole area, I probably only fished about 20 percent of the structure available”.
“We’ve had about 250mm of rain here in the past couple of weeks, and the big fish have come down, they’re getting ready to pre spawn. I thought I’d catch more fish on poles. But I didn’t. At the back of the bay there are a couple of canals that run out into the bay itself. They run directly into the middle, and the fish could be found there, and they wanted to stay there. They will probably stay there for the next couple of months, I’d say”.

“I’ve probably had three or four round wins, but this particular event means a lot to me. I’ve been fishing this event for 8 years, and I’ve had seconds, thirds, heaps of top fives, but to finally win it is unbelievable. It’s a really good feeling”.

“I spent most of today fishing with Glenn Allen, up the back, and we had a ball, it was so much fun, we were sharing some ideas and stuff. And the other great part was having someone to fish with, it was fantastic.”

Regular top ten finisher and Australia representative Glenn Allen from the NSW Central Coast finished second in the tournament. Allen’s day one bag weighed in at 2.05kg, and his day two bag was 2.60kg. His biggest individual fish in his 6 fish two day bag of 4.65kg, weighed 1.10kg and he pocketed $960 for two days of fun on the Georges River.

“I went upstream on pre-fish and caught a heap of fish. I went up there on day one, but I couldn’t get anything bigger than 30 (cm). So, I went down to Kogarah where you can normally get the odd big fish. I was hoping to get a big kicker to go with the 30s (cm) that I got up stream. I got a good bag in there on the edges. I was throwing Samaki boom bait in bloodworm and crabbies. I pretty much left the hulls and another good spot alone”.

“Today (day two) I left the hulls until later when the tide had gone out, and I got some good fish off them when I did. But most of the bigger fish came off the flat on a little brown Gladiator Vibe”.

The Mortgage Corp Monster Mover prize went to Epineha Cribb from NSW. He “donuted” on day one, but, backed out of the donut hole with a nice 2.02kg bag on day two to take home the prize from Mortgage Corp.

As part of his day one bag, Luke Kay, brought back a couple of big twins weighing exactly 830g each, but they were well behind the Big Bream standard set by Johny Zaniol with a 1.33kg fish, that looked likely to be a winner. However, Luke Kay had the right combination of location, tackle and tactics on day two, to bring home a “Georges River Monster Yella” weighing in at 1.57kg, and Kay took home the $100 cash prize from Atomic.