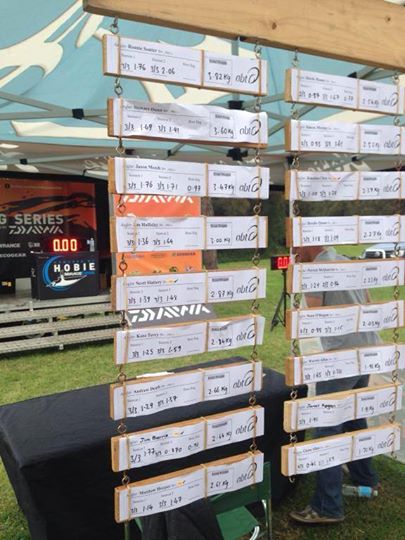 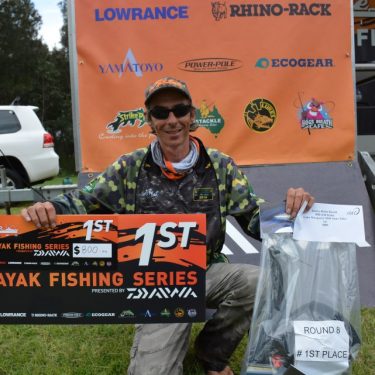 Central Coast Breamer Ronnie Sonter has come from behind to take out Round 8 Of the Hobie Kayak Bream Series – Presented by Daiwa in Lake Macquarie. Sonter was sitting in tie third after day one on 1.76 kg but on day two presented the weigh master with a tournament winning 2.06kg bag to take the lead and win the competition. Stewart Dunn moved up the ladder from his day one fifth position of 1.69kg to secure second position with his day two 1.91 kg bag by fishing boat hulls in the Northern area of the competition arena. Dunn and Sonter both chose to fish the Northern area of the competition arena. Jason Meech maintained his third place by backing up his day one bag of 1.76kg with another good bag, only slightly lighter at 1.71kg. Meech also took out the Hogs Breath Café Boss Hog Big Bream with a 970 gram kicker that he caught early on day two in the weed flats South of the Start location. Four Grand Final Spots were available at this event, being a State Title. The anglers were competing for spots in the 2014 Hobie Kayak Series Grand final, these are a heavily sought after item with State titles giving four spots while other qualifying rounds in 2014 have two positions. 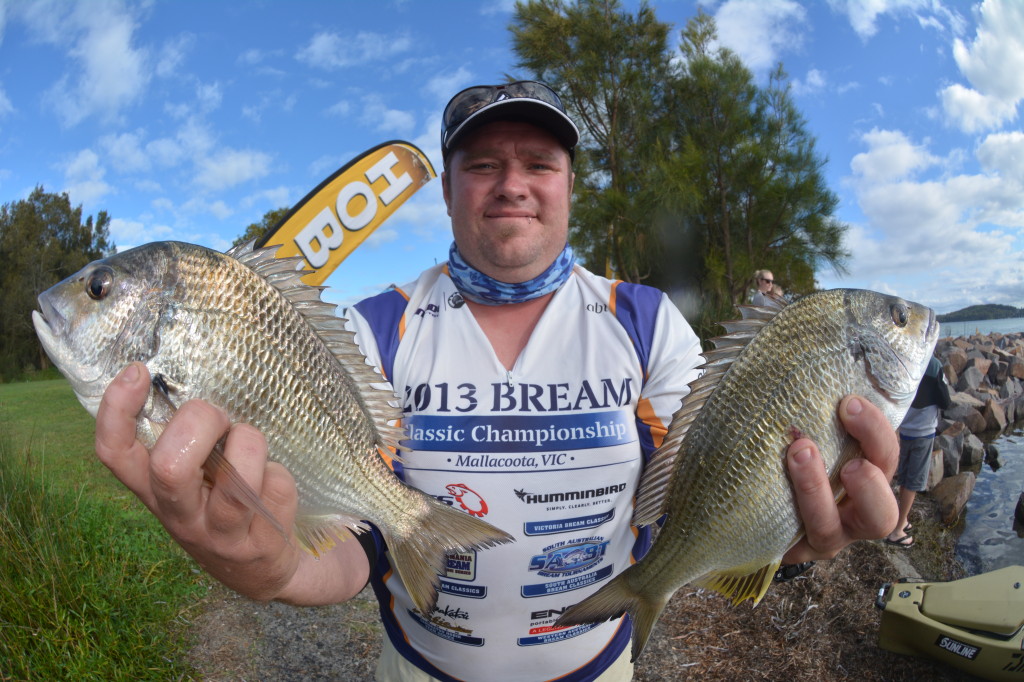 Local angler James Rogan is leading the field after day one of the Hobie Kayak Bream Series – Presented by Daiwa. Rogan is leading his nearest competitor Jim Barrie from the South Coast by 140 grams. Jim also holds the current Hogs Breath Cafe Boss Hog Big Bream with a 960 gram fish that anchored his day one bag. In a tie for third are more Central Coast Breamers Jason Meech and Ronnie Sonter only 10 grams behind Barrie on 1.76 kg. This round is a a State title and will send four anglers through to the Hobie Kayak Bream Series Grand Final later this year. The weather tomorrow will bring more wind and more rain. Hopefully it turns on the bite.