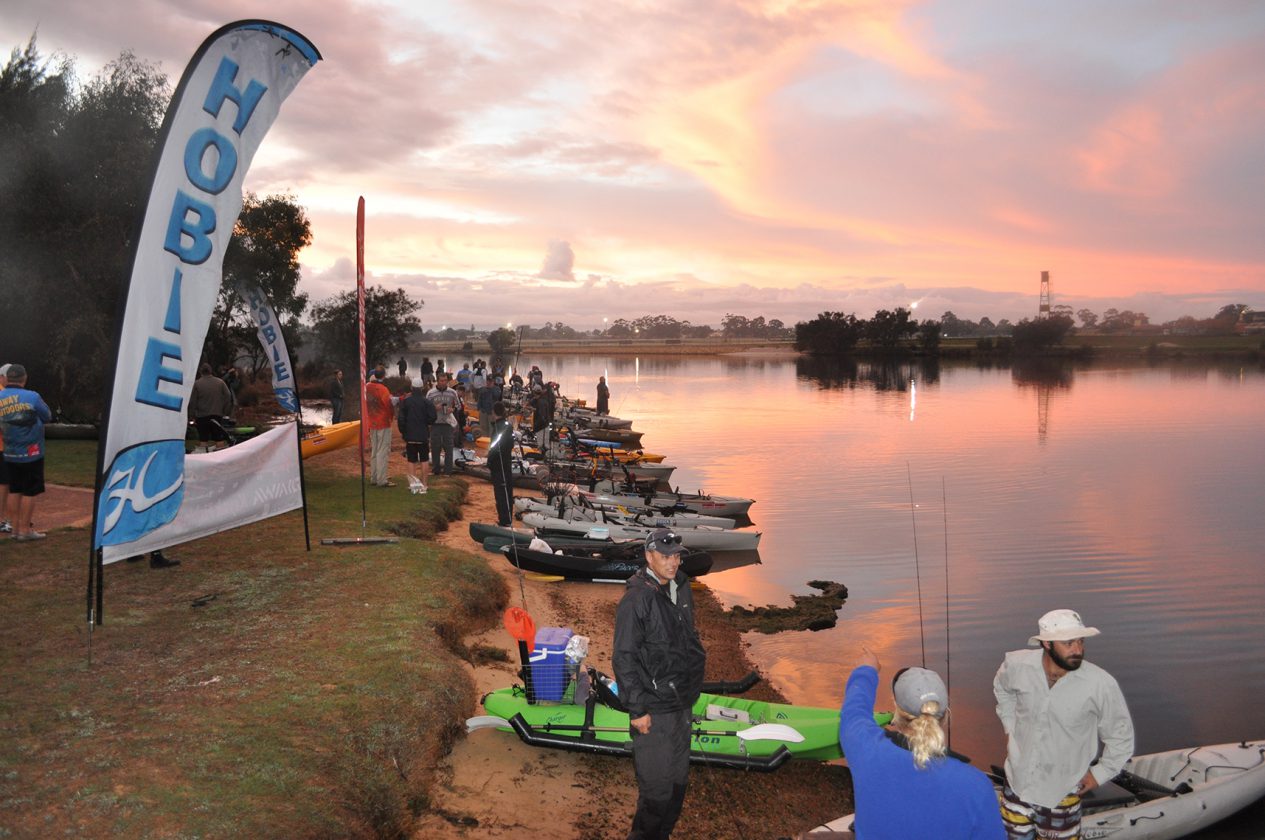 Calm waters, intermittent showers and an enthusiastic bunch of kayak fisher-folk set the scene for the day’s event on the banks of the Swan River. A new location at Hinds Reserve, Bayswater kept the anglers on their toes and results from pre-fishing the area dominated the chatter across numerous forums. The results indicate that it was a very tough day with only thirteen competitors weighing in fish although there were reports of a number of Grunter and Flathead being hooked and even a sizeable Mullaway being dropped at the side of a Kayak.

With the top two place getters qualifying for the Hobie/ Daiwa National Grand Final a keen interest was shown in the presentations. It was pleasing to see some new faces take to the podium and congratulations go to Tom Bestwick (1st) and Lachlan Costello (2nd). Both anglers thanked Hobie, Diawa, Getaway Outdoors and event organisers and in particular their fellow competitors who make the competitions what they are.