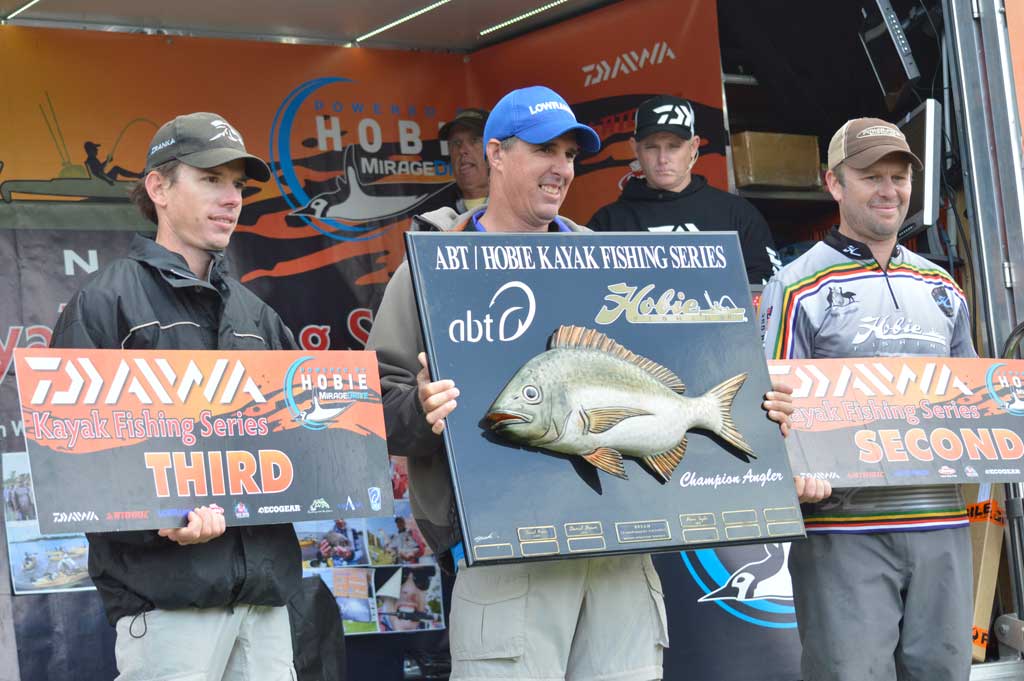 Claiming a wire-to-wire victory Head grabbed the lead on day one on the back of a 3 kilo plus bag then never let it go as he stormed to victory.

Fishing just inside the first lake heading upstream Head fished shallow (1/2 metre of water) and threw an assortment of different lures and used a host of different techniques to catch his fish. Day one in particular was the day when he threw his whole tackle box.“The fish didn’t turn on until the middle of morning when the tide turn and there was no real pattern or lure that stood out. As a result I just rotated through my lures and mixed up how I worked them”, explained Head.

Throwing blades, deep diving crankbaits and soft plastics and using retrieves that ranged from slow rolls to twitches and pauses, it was a multi approach that delivered him 5 fish for the session.

Weighing in a 3.46kg limit for the session it was a 1.74kg kicker fish in his bag that anchored his leading margin heading into day two. Heading off on day two with a 690gram lead Head had a feeling that the fishing would be tough, especially with the deteriorating weather, and had suspicions that one fish would be enough to keep him in front of his challengers.

“I was happy when I caught my first fish in the first hour, then was over the moon when I got my second fish in the last hour”, explained Head.

The last angler to hit the stage, Head’s two 2/2, kg in the end proved enough to relegate a strong finishing Scott Baker to second place and claim his maiden Kayak BREAM win.

“To claim the win in such strong company is truly amazing”, explained a jubilant Head.

Head now becomes only the forth angler to call themselves a Daiwa-Hobie Kayak Grand Final winner and now joins Scott Lovig, Daniel Brown and Shane Taylor on the honour roll.

Compiling a 6/6, 3.8kg limit to secure his podium finish Baker fished to his strength and through a deep Jackall Chubby for the entire tournament.

“The Chubby has been my go-to lure for a long time now, so when the weather was bad and the fishing tough I tied one, knowing that if any lure would get me fish it would be that one,” explained Baker.

Fishing a 1.7 metre deep flat near the first island upriver of the start line, Baker religiously used his Power Pole to hold his Hobie in position and allow him to fish the area thoroughly.

With his Power Pole deployed and his Hobie facing into the current Baker would make long casts then retrieve his Jackall with a dead-slow slow roll, bumping the lure across the bottom.

“You couldn’t work the lure too slow, you just wanted it to touch its way across the bottom as you cranked it back in”, explained Baker.

While the technique was crucial for success so was the choice of lure colour.

“I could only get fish on the pink eyed, brown suji shrimp colour. While other colours looked great, I just couldn’t get fish to eat them”, explained Baker.

His choice of technique and lure colour produced seven fish on day one and four fish on day two. One of only two anglers to catch their full limit for the tournament Baker’s consistency and result once again confirmed his status as an angler to look out for in a big event.

“There was no one lure that dominated (especially on day one) so I threw a heap of different lures in the hope of increasing my chances of giving them something they wanted”.