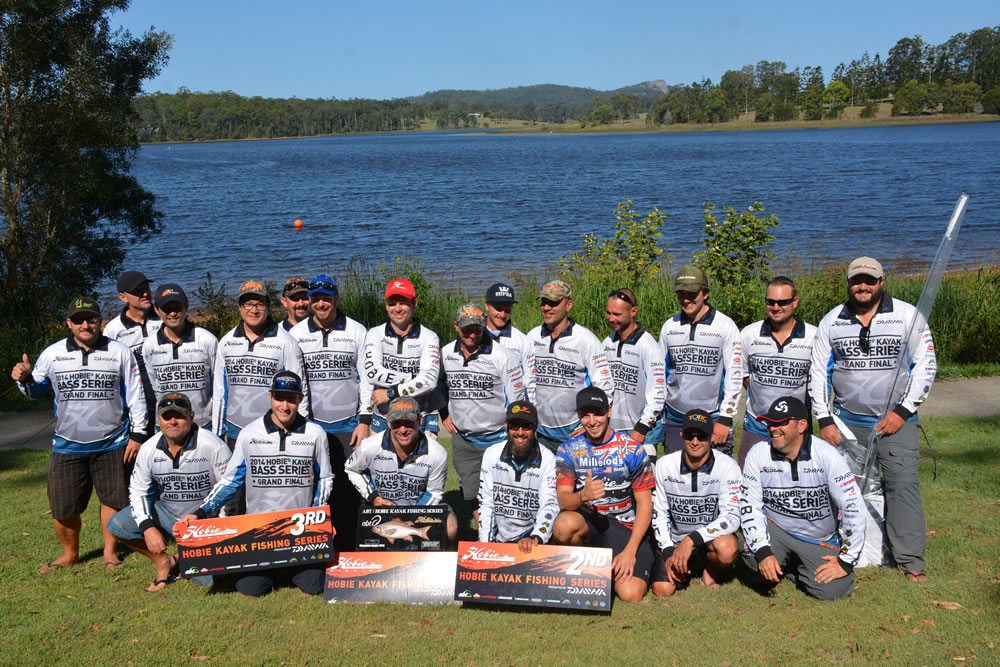 As the sun rose over the waters of Queensland’s Lake Macdonald for the final day of competition, anglers busily prepared their Hobie kayaks for the 8 hour, day two session of the Hobie Bass Series Grand Final which would see a new champion crowned.

Anglers left the banks of the Atomic Launch Site and jockeyed around the Power-Pole Starting Line in glassy conditions with a 32ºC day in front of them. Barometric pressure was at 1015 hPa and rising with clear skies and a ENE tail-wind of approximately 30 km/h expected around 2:00pm for their return. Everything was set for a great day of fishing on the water. 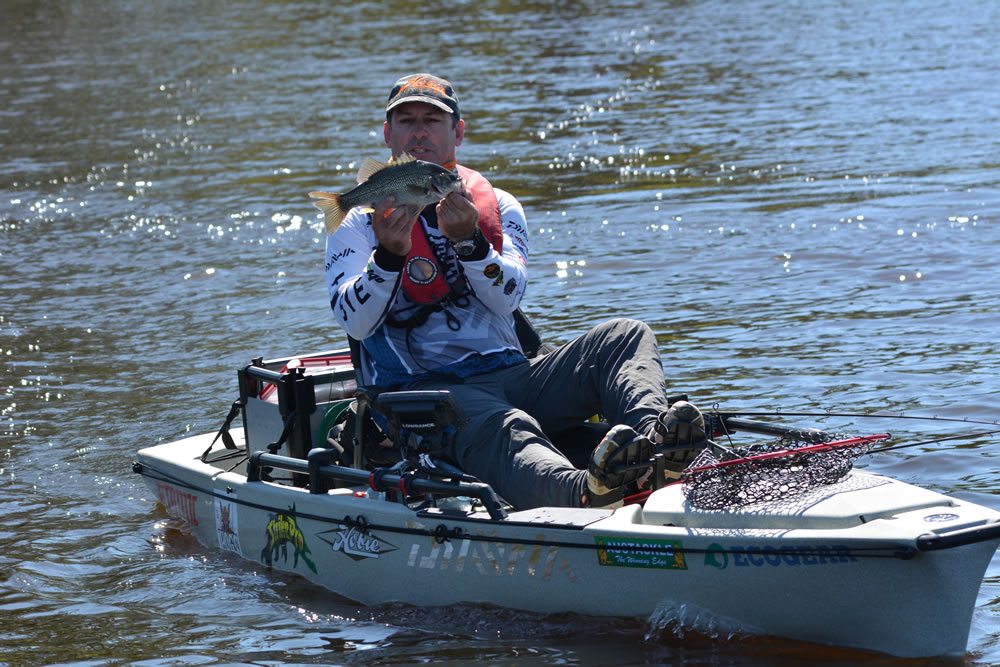 When all results were finalised and confirmed by the Tournament Director, 2013 World Champion, Richard Somerton from Victoria was crowned the 2014 Hobie Kayak Bass Series Champion, capping off a fantastic year in kayak angling. His impressive 370cm total aggregate fish length placed him comfortably ahead of the field with a commendable performance by runner up Daniel Brown from NSW with a total 318cm catch and John Noble from QLD whose 295cm bag won him the third position on the podium.

Bass Master Elites qualifier Carl Jocumsen, fresh back from the USA was on hand to help out with the afternoon’s awards ceremony and asked our anglers a few questions about their time on the water.

Describing his three sessions, the new Bass Series champion, Somerton said,
“In the first session, I tried a bit of surface early with a little mazzy pop, ended up pulling a 38 just waking it underneath the surface, then that went quiet so I picked up a spinnerbait and had my bag by about quarter past eight in the morning and then I could start looking for upgrades.

After I’d found a few upgrades, I left some fish biting in a bay for the 2 hours of power of the second session, I just powered straight there, It was a bit of a hike so I was watching the clock the whole time. Once I had three legals I thought ‚’I need to get back’, so I fired off one more cast, upgraded and then raced back.

Then today, I had to get over a bit of hoodoo cause I’ve had a couple of bad second days recently and I got on to a bunch of undersize fish early on and I thought ‘here we go’ but I knew the spot didn’t fire till the afternoon so I went up the system, got my bag and then headed back to my first spot and upgraded in the arvo”.

When asked what gave him his winning edge Somerton replied,
“I was getting them just off the weedbed at around 4 metres, and I just stayed there. I was telling the boys, ‘just stay at 4 metres’ and today they did and they filled their bags”.

Brown who placed second in the 2013 Hobie Fishing Bass Grand Final also, netted a catch of Bass that measured up short of the tournament winner by 52cm, nevertheless it gave him an overall advantage in length of 23cm over third place, podium finisher John Noble.

Brown summed up his grand final performance by saying,
“Two times a bridesmaid, going to have to make it work next year. But seriously, it was a great competition. I loved the three-session format, another hour on the second session would have been even better. The venue was great. This is the first time I’ve fished Lake Macdonald, it’s a great, smaller venue with plenty of options. I loved the weedy edges, that’s where I found my fish”. 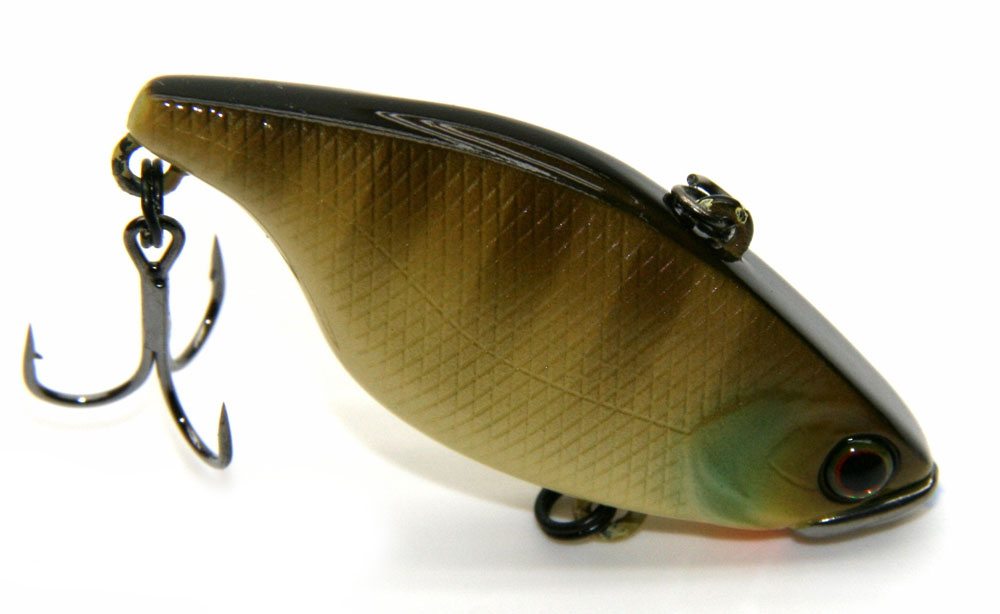 3rd place getter in the grand final and winner of Round 3 at Moogerah Dam, John Noble from QLD brought an exceptional 132cm bag back to the Berkley Measuring Station after session 3, among them the biggest Bass of the grand final which measured in at a massive 47cm.

The top ten finishers on the Lowrance Leaderboard for the 2014 Hobie Kayak Bass Series Grand Final presented by Daiwa were:

Congratulations to the newest champion, Richard Somerton, to enter the Hobie record books and to all of the competitors on a tight and closely fought grand final. Thank you to all of the other competitors who participated in the other rounds of the series in 2014.

Hobie has committed itself to staging the Hobie Kayak Bass Series once again in 2015 and it is expected that the numbers participating will grow as they have over the previous years. While the tournaments will become stronger and more competitive, the sportsmanship, camaraderie, enjoyment and spirit will continue to reflect what has become known as the Hobie Way of Life.

Thanks to Mal and Trish Gray from Sunstate Hobie for providing dealer support and the Breakfasts and BBQ’s at this year’s grand final. Like all of the events in the Hobie Kayak Fishing Series, the Grand Final could not have gone ahead without the great support of our generous sponsors Daiwa, Berkley, Atomic. Lowrance, Rhino-Rack, Strike Pro, Austackle, TT Lures, Yamatoyo, Ecogear, Power-Pole and Hog’s Breath Cafe .